As I grew up in a military family, I know first hand the sacrifices that spouses and children give for this country.  Who knew that 20 years later, I would stumble into a relationship with a Coastie and eventually marry him.  As the girlfriend and fiance, I was an outsider, as most are.

A college graduate and then new teacher,  I was just trying to deal with my own career and life. I knew I would marry this man, but I did not know all that would completely accompany it.  I dealt with moves, TDY, schools, etc. There was so much to learn and not many resources.  It didn’t come until after we were married that I would receive some more insight.

As a new spouse, I was excited to have a built-in community to teach me, support me, and on those long deployments (long is a relative term for each individual) drink some fruity drinks, eat ice cream, and dance around my living room. What I actually learned is that those initial thoughts were far from that. I found a few friends in our multiple moves who I treasure today that ultimately helped me. I watched as our active duty members and families did not have support or resources. This led me to create what you see here – The Military Move.

The ultimate goal behind The Military Move, is to help all military families (and their loved ones) with the day-to-day issues we face and to become that friend when you have questions.  The list of information and guidance on here is focused on PCS moves – housing, K12 schools, colleges, community resources – as well as information that can guide these topics.

Our REALTORS® are all vetted personally, are military affiliated (prior military/spouses), uphold higher ethical standards per the industry, and provide YOU with a closing cost credit. By connecting with our agents via this website, you will be provided a closing cost credit at closing – this acts like cash for you because our agents know how to maximize on this.

As a Managing Real Estate Broker in Washington, educating on real estate investment has become my passion. We all need housing no matter where we are stationed. Sometimes, it makes sense to rent, sometimes it makes sense to buy. I would love to help you assess the value of your home, educate you about home ownership and what changes in the market mean for you as a homeowner, assist in buying or selling a home or investment property, and connect you with other agents or brokers in your state.  Find my website in the Moving section, find me on Naval Base Kitsap on the military map or use the contact card, and I will contact you! 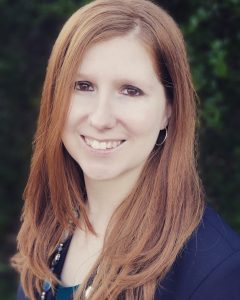 Kelsey is a Managing Real Estate Broker and co-owner of the Kelsey and Jorge Real Estate Team with Keller Williams Greater 360 in Kitsap County, Washington. She is a former teacher spending 9 years in elementary education.  She has a B.S. in Education and Masters in Ed. Technology.  She currently is the owner/operator of The Military Move. If you would like to work with her by contributing information to The Military Move or would like to discuss Real Estate Brokerage services, get started by contacting her.